Invitation to Ukraine and entry into Ukraine for Russian citizens

Visa-free entry became possible for the citizens of Ukraine and Russia in 1997. By March, 1, 2015, Russian citizens were able to cross the Ukrainian border with their national passports and birth certificate (for children under 14 years). Nowadays, it is impossible. These documents were excluded from the list of document allowing to enter Ukraine due to the tense geopolitical situation between the countries.

Thus, the visa-free regime between two countries is still in place, but the list of documents allowing entry and stay in Ukraine has been significantly narrowed.

Moreover, since the beginning of 2014, the requirements for  Russian citizens entering Ukraine have become stricter, especially, male adults from 16 to 60 years. Such foreigners must have good reasons for visiting Ukraine, for example, death or illness of Ukrainian relatives, invitations from individuals or legal entities, etc. The matter is that the list of these good reasons is foreseen in the internal documents of the State Border Guard Service of Ukraine and is not freely available. Such security measures in the fight against separatism and terrorism in modern complicated military-political conditions that exist in Ukraine are both expected and understandable.

But what can law-abiding Russian citizens do if they have no dying relatives in Ukraine? How can they prove the gravity of reasons to enter into Ukraine for private purposes or for obtaining a residence permit in Ukraine?

The problem occurs at the border when Russian citizens try to prove the legitimacy of further stay in Ukraine. The only way out is to provide citizens of the Russian Federation with an invitation letter.

However, there is a legal nuance. Under Ukrainian legislation, providing of the ‘classic’ invitations is possible only for foreigners who have to get a visa to Ukraine. Thus, for the citizens of visa-free countries, such invitations are a-priory impossible.

Attorneys at Law ‘Bachinskyy & Partners’ is ready to assist you in this matter.

By the guarantee letter, the host party confirms that the stay of the foreigner in Ukraine will be lawful and undertakes to bear the possible costs related to the invited person’s stay in or departure from Ukraine. In case of misunderstandings while crossing the border Ukrainian border guards may give the person inviting the foreigner a call for additional confirmation. 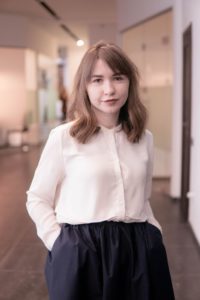 Olga Svynoboi
Junior Associate
the Migration Law and Practice
You may like
PERMANENT RESIDENCE PERMIT FOR FOREIGN UKRAINIANS
29/05/2020
Recognition as a refugee or a person in need of subsidiary/temporary protection on the territory of Ukraine
31/03/2020
Invitation letter from a foreigner for obtaining type C visa
27/03/2020
How to get Ukrainian e-Visa in 5 simple steps
27/03/2020
STAYING ABROAD FOR PERMANENT RESIDENCE OF UKRAINIAN CITIZENS
26/03/2020
FORCE MAJEURE DURING QUARANTINE: ADVICE FOR CORPORATE BUSINESS
26/03/2020