New approaches of the Ministry of Social Policy to legalize labor

Inspection visits to the State Labor Service and the huge fines applied at the end of last year became routine in the news feed. And it’s not surprising – if it were only fine for salaries in envelopes and shadow employment.

But often the main reason for fine is qualification of civil legal relations as labor, so-called fact of substitution of an employment contract with a contract of a civil-law nature.

In such a case, the court can only put a point, evaluating the arguments of the parties in favor of one or another type of relations between the parties, taking into account its own discretion and, possibly, the Recommendation of the International Labor Organization on labor relations No. 198.

By concluding civil-law contracts, modern entrepreneurs balance on the verge, signing them with the fear of qualifications as labor and the need to prove in court their point of view.

Litigation is sometimes very diverse, and therefore – no certainty. But the 6-months experience of applying and appealing fines seems to open the eyes to the current state of affairs.

The Ministry of Social Policy offers to clarify the concept of employment and reduce fines for the substitution of labor relations civil. The draft law proposed for discussion, based on the name, is aimed at protecting workers and legalizing labor.

The Ministry proposes to define the notion and signs of labor relations of the Labor Code.

Signs are proposed to be affixed in the enclosed article 21-2, having determined that the work or service is deemed to be performed within the framework of labor relations, regardless of the name/type of the contract between the parties in the presence of at least 3 of the following features:

If there are at least three signs of a “worker” that could refer to Labour service to establish the existence of labor relations. Of course, such a person could have called for a check on the company before, but in the event of approval of this project, the “employer” will not only expect a fine – he will also be obliged to conclude an employment contract.

The proposed signs are, of course, not perfect, allow for some blurriness, are not sufficiently clear. But these are signs that, in case of adoption of the project, will be fixed at the legislative level, will be the basis for the decision and legal positions.

It is proposed to differentiate the responsibility for admission to work in violation of the legislative order, the substitution of labor relations with civil agreements and the registration of an employee for part-time, subject to full day work.

The substitution of a labor contract with a civil agreement – if a social contribution is paid in the amount not less than the minimum – will impose a fine of 15 minimum wages. Such a fine is planned to be set for a part-time appointment when full-time work is performed.

As we see, there was an understanding that the conclusion of a civil-law agreement with the payment of all taxes and fees is not the same as the salary “in envelopes”.

Positive is the tendency to expand the cases in which it is possible to conclude a fixed-term employment contract. Article 23 of the Labor Code proposes to make amendments, consolidating the possibility of concluding a fixed-term contract, in particular, in cases of temporary (1 year) expansion of production, the need for temporary work, the term of completion of which is unknown, or on the initiative of the employee.

The current legislation does not provide for the possibility of concluding a fixed-term contract for reasons, for example, of temporary expansion of production. This leads to substitution of labor relations with civil ones. The purpose of these changes is obviously to avoid or at least reduce the number of such cases.

State Labor Service has repeatedly expressed the impossibility of engaging individuals under civil contracts to carry out work of high danger. And this is understandable – after all, such work requires obtaining a permit, and the permit is issued to the business entity, taking into account the number of employees or individual entrepreneurs with the appropriate education and skills.

But the facts of engaging individuals to such works under a civil contract, especially in construction, are found quite often.

Ministry of Social Policy also proposes to determine the Civil Code (Art. 837, 901) the ability to involve only contractors – businesses for working with difficult or hazardous conditions, work with high-risk or operations that require professional selection.

The draft law also suggests defining the concept of an employee and employer, replacing an outdated “owner or authorized body” with an “employer” in the Labor Code, as well as requiring employers to inform the employee about the recruitment notice sent to tax service. Such information should be provided within a week.

The emergence of this project shows the uncertainty in the regulation of labor relations, the erosion of existing criteria and signs of labor relations, which can provoke the abuse of inspectors during inspections. And given the size of the fines – such abuse is significant pressure on business. 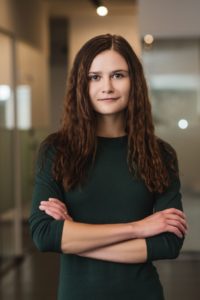 Olesia Todoriuk
Attorney, Senior Associate
Corporate Law and Compliance Departmert
You may like
Recognition as a refugee or a person in need of subsidiary/temporary protection on the territory of Ukraine
31/03/2020
Invitation letter from a foreigner for obtaining type C visa
27/03/2020
How to get Ukrainian e-Visa in 5 simple steps
27/03/2020
STAYING ABROAD FOR PERMANENT RESIDENCE OF UKRAINIAN CITIZENS
26/03/2020
FORCE MAJEURE DURING QUARANTINE: ADVICE FOR CORPORATE BUSINESS
26/03/2020
The second phase of medical reform: how can private institutions join?
23/03/2020