HOW TO GET A CHILD AFTER A DIVORCE

How to get a child after a divorce

A family lawyer in his practice often works with problems that arise after the dissolution of a marriage. One of the most painful is the problem of communicating with a child after a divorce, when one of the parents begins to live separately.

Due to negative relationships, and often outright hatred, parents not only cannot peacefully agree on the time and place of meetings with the child, but also block the attempts of their ex to get in touch and talk. Moreover, often the parent with whom he stayed

child, puts psychological pressure on him and sets the child against the other parent.

The injustice is especially acute in situations where the father/mother regularly and conscientiously pays alimony for the child, sincerely wants to participate in his upbringing and tries to find a common language with the second parent, who, in turn, deliberately does not allow to see the child.

Each side deserves understanding and support, but parents, as mature individuals, must first of all think about the irreparable harm that restrictions in communication with a father or mother cause to a child.

Since there is still a tendency in Ukraine that after a divorce, children mostly stay with their mothers, there is an opinion that it is women who use children as a means of revenge on the former for all insults and unjustified hopes. However, the desire to manipulate the feelings of the former does not depend on gender. Unfortunately, both women and men resort to such cruelty.

The Family Code of Ukraine clearly states that the parent with whom the child lives does not have the right to prevent the parent who lives separately from communicating with the child and participating in his upbringing, provided that such communication does NOT harm the normal development of the child.

If it is not possible to agree peacefully, the law offers two mechanisms for resolving the issue of communication and participation in raising a child after a divorce:

Important! Such an application is submitted by the parent who lives separately from the child.

The decision to establish a schedule of meetings is binding.

If the parent with whom the child lives does not comply with the decision of the guardianship and guardianship authority, the other parent has the right to apply:

• to the court for compensation for material and moral damage

• to the court to eliminate obstacles in communication with the child

Such barriers must be supported by appropriate evidence:

In judicial practice, there are requirements to remove obstacles in communicating with a child, to determine ways to participate in the upbringing of a child, and to transfer a child. There is no single algorithm or rule. It all depends on the circumstances of the particular case.

The court may determine the following ways of participation of one of the parents in the upbringing of the child:

This list is not exhaustive. Ways of participation in education can be clearly regulated or limited to the time of communication with the child.

When deciding such a case, the court takes into account the attitude of the parents to the performance of their duties, takes into account the personal attachment of the child to each of them, the age of the child and the state of his health. Of course, the state of mental health of each of the parents, the fact of abuse of alcoholic beverages or drugs plays an important role in such cases.

Despite the fact that disputes regarding the upbringing of children are painful for both parents, they often develop into a real war, in which the interests and desires of the child fade into the background.

Remember, when you part with a husband or wife, you cease to be spouses, but remain the parents of a common child.

Of course, a good lawyer will provide you with comprehensive advice, help you set a convenient communication schedule, get a court decision in your favor, and then the task is still up to you. After all, ensuring the best interests of your child is your moral duty and legal obligation.

Frequently asked questions and answers to them.

• How long does it take to remove barriers to raising a child?

As a rule, the duration of consideration of such cases ranges from several months and can reach several years.

• The court allowed meetings with the child in the presence of a psychologist. Is it legal?

Yes. Quite often, the court conditions the meeting with the child in the presence of another person: mother / father, another relative, psychologist or teacher. This is carried out in order to protect the interests of the child, to maintain his psychological comfort, due to the age of the child or a long absence of communication with the parent who lives separately.

• Can I go to court to decide how to communicate with my grandchildren?

• If, with the decision of the guardianship authority, I do not give the child to my ex-husband, can the police arrest me?

No, such actions are not punishable by arrest.

Has the procedure for ensuring the participation of parents in the upbringing of a child changed due to the pandemic?

However, it is worth noting that due to quarantine restrictions, it has become more difficult to qualify the actions of parents as obstacles in communicating with the child. Indeed, on the one hand, such behavior of a mother or father can be explained by them as requirements for maintaining social distance or other anti-epidemic measures, as well as concern for the safety of the child. But on the other hand, the rights of a parent living separately to participate in the upbringing of a child should not be limited during such a period and can be implemented in compliance with WHO requirements. 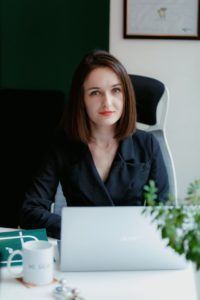