Visas to Ukraine: Application procedure. Grounds for refusal. The appeal of a refusal decision

Foreigners from different parts of the world apply for a Ukrainian visa. Unfortunately, not everyone can get it. One of the most popular reasons for refusal is the inability to confirm the purpose of the visit. Which categories of foreigners are most often rejected and how to appeal it, we explained in more detail.

Applying for a visa

The list of required documents for a visa includes:

be valid for at least three months after the declared date of departure from the territory of Ukraine;

be valid no more than 10 years;

At the same time, it is obligatory to submit a document, provided by the law, that confirms the purpose of the trip to Ukraine. This document is different for each ground (depending on the type of visa). It should prevent visa refusals on the mentioned ground. However, in practice, this is different.

Grounds for refusal to issue a visa are:

Paragraph 8, unlike the others, does not contain a clear list of evidence or documents that must confirm the purpose of a foreigner’s planned stay in Ukraine. This is the reason for the huge number of refusals on this basis. Decree of the Cabinet of Ministers of Ukraine # 118 from March 1, 2017, On approving the Rules of Visa Requirements for Entry and Transit through Ukrainian Territory determines only the list of documents that must be submitted by the foreigners for each specific reason, depending on the type of visa. However, as practice shows, even if all the documents required by law are submitted, it is possible to get refuse because of a lack of evidence.

Why is this happening?

Firstly, it is related to combating illegal migration. Foreigners from countries of so-called “migration risk”, that is, from those where the economic situation is too difficult or in which wars take place, often use a visa to Ukraine to permanently leave their country of citizenship. Sometimes, Ukraine is only a “transit” country for further migration to EU countries. As a result, citizens of such countries, even if they have good intentions, can get a refusal on this ground.

There are also widespread cases when a foreigner submits the list of documents required by law, but during the interview cannot explain the purpose of the trip or the purpose told by him/her does not correspond to the purpose indicated in the documents. In such cases, dishonesty is obvious and, as a result, such foreigners are denied based on paragraph 8.

Many similar examples exist, including fictitious marriages, but the reason for a visa refusal in all of them is one – the real intentions of a foreigner do not meet the purpose of a trip, which is specified in the documents. What to do for those who apply for a visa with good intentions?

The appeal of a refusal decision

Such people should file an appeal letter to the authorized body that was processing the visa application to appeal the decision of refusal.

An appeal letter can be filed within two months after a foreigner has received a decision on visa refusal. There are several points to consider before writing the appeal letter: 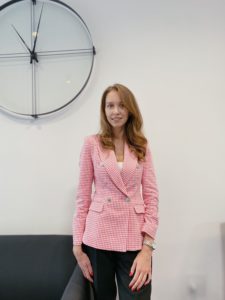