One of the most common types of maintenance of the obligation is mortgage. This method is widespread in credit relations. 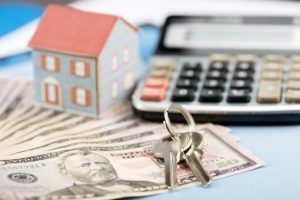 At the expense of the subject of the mortgage, the creditor can satisfy his claim for the main obligation in full, or in the amount that is established by the mortgage agreement. It also includes interest and penalties.

Several real estate objects can be transferred to the mortgage, in particular objects of unfinished construction. The mortgage contract is subject to a mandatory notarial certificate, and encumbrance of immovable property, which is its subject – mandatory state registration.

As a rule, the lender pays a mortgage payment in three ways: on the basis of a court decision; on the basis of the executive inscription of the notary or on the agreement on satisfaction of the requirements of the mortgagee. The last resort is considered an out-of-court settlement of the dispute.

So a contract on satisfaction of the mortgagee can be concluded either separately from the main mortgage agreement, or contained in the form of a mortgage reservation in the contract of mortgage itself. As a rule, the agreement provides for the conditions and procedure for the transfer of ownership of real estate to the creditor, as well as the right of the latter to sell the property to its third party on its own behalf. This agreement is a confirmation of the transfer of ownership of real estate to the lender and is the basis for entering information in the State Register of real rights to real estate.

It is worth noting that, as of today, a moratorium on foreclosure of real estate for loans issued in foreign currency is in effect in Ukraine.

In particular, the Law No. 1304-VII of 03.06.2014 “On the moratorium on the collection of property of citizens of Ukraine, provided as collateral for loans in foreign currency”, established that it is not possible to enforce (alienated without the consent of the owner) immovable residential property that is the subject of mortgage for a consumer loan granted to a citizen of Ukraine in a foreign currency.

The tax on such property can not be paid on condition that:

In addition, the bank has no right to assign a debt or a consumer debt a foreign currency loan in favor of another person.

The latest jurisprudence indicates the protection of the interests of the borrower in resolving this category of disputes.

The position of the Supreme Court, set forth in the Resolution No. 465/1310/17 dated October 31, 2018, is decisive. The subject of consideration was a dispute between the borrower and the creditor regarding the registration of ownership of a residential apartment, which was transferred to the mortgage, as collateral for a loan issued in foreign currency. So the plaintiff asked to recognize the decision to register the property right unlawful and cancel the notary’s executive seal, on the basis of which the ownership of the apartment for the lender was registered. Claims were motivated by the fact that the property meets the criteria specified in the Law “On the Moratorium on the Collection of Property of Citizens of Ukraine Provided as Securing Foreign Currency Loans” and, therefore, it can not be subject to coercive enforcement. In opposition to the arguments of the plaintiff, the defendant submitted written explanations, in which he noted that the operation of the said law extends to the forced realization of the property, and the enforcement of the mortgage was extrajudicially executed in accordance with the conditions of the mortgage reservation voluntarily agreed upon by the parties at the conclusion of the mortgage agreement, and therefore on controversial relationship moratorium does not apply. However, the Supreme Court disagreed with the defendant’s arguments and satisfied the plaintiff’s cassation complaint:

‘’… Therefore, the decisive factor in resolving the dispute over the possibility of extrajudicial foreclosure on the subject of a mortgage during the term of the Law of Ukraine “On moratorium on the collection of property of Ukrainian citizens granted as security of loans in a foreign currency” is the onset of a legal consequence that in this a specific case involves the actual transfer to the mortgagee of the ownership of the subject of the mortgage, without the consent of the owner of the property.”

The end of the moratorium is very close

According to the data of the National Bank of Ukraine as of May 1, 2018, the percentage of suspended loans issued in foreign currency until 2008 amounted to 94.3%. The situation was complicated by the above Law on the moratorium, which was adopted in 2014. Converting loans to the hryvnia also did not significantly affect the situation.

All this resulted in the provision in the Transitional Provisions of the Code of Bankruptcy Procedures, adopted by the Verkhovna Rada of Ukraine on December 19, 2018, which provides that, since the Code came into force (6 months after the date of official publication), the Law ” On a moratorium on the collection of property of Ukrainian citizens granted as collateral for loans in foreign currency “. Instead, the Code will provide for a special 5-year period for debt repayment on loans issued in foreign currency.