Separate subdivision of the company abroad – registration and taxation 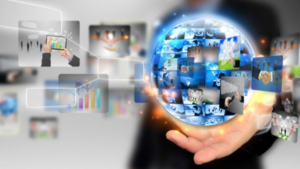 Quite often, Ukrainian companies need to carry out part of their activities abroad. For this, the company opens branches, offices, shops, warehouses. In general, all of this can be called a single concept – a separate subdivision. The creation and operation of such a subdivision have certain features.

Is it necessary to register and submit information to the USR?
Ukrainian legislation contains collision regarding this category as a separate subdivision. The Civil Code provides for two types of separate subdivisions – affiliates and representations. If you want to directly engage in business through a subdivision you need to open an affiliate, if only enter into contracts or other affairs – representation.
Instead, the Commercial Code states that companies may also have other separate units. Why is this important?
The main issue in this aspect is the state registration. “On the State Registration of Legal Entities, Individuals-Entrepreneurs and Public Formations” Law Act indicate that the information included in the State Register is, in particular, the information about the separated subdivision, its location and activities.
In fact, there is no precise answer on this question, as it is regulated by rules that contain divergences. So, answering the question “what to do?” it is need to take into account the following:
– the application form for the state registration of the separated subdivisions contains a field for filling: ” organizational-legal form”;
– the law defines two organizational-legal forms of separate subdivisions: an affiliate and  representation.
Therefore, registration is obligatory if a separate subdivision is created as a representation or affiliate. If there is any other form it is not obligatory to register.
A useful guide to such an approach may also be the Tax Code norm, according to which under a separate subdivision understand what is defined in the Civil Code (with the exception of the section on the taxation of individuals, where the provisions of the Commercial Code apply).
Do not pay taxes twice
Ukraine is a party of more than 60 double taxation treaties, the official name of which is the Convention. The structure and content of the treaties are rather similar, evidence of what is the Recommendations on the Application of Conventions that set out by the SFS in a letter dated from 2012.
In these Conventions, separated subdivisions, called the term “permanent representation”, refer to the location of the directorate, the factory, the workshop, the branch, the office and other facilities related to production. Separate subdivisions, in accordance with the Conventions, will not be premises used exclusively for the storage of goods, in particular for future display to customers or transfer to other businesses and premises used directly for display and exhibitions.
Norms about avoiding double taxation apply to income taxes of legal entities and individuals and on property taxes. Instead, the norms of the Conventions do not apply on indirect taxes, VAT and excise,. In the context of the activity of the separate subdivisions of the enterprise, it is expedient to analyze the corporate income tax, property tax and personal income tax.
Thus, the corporate profit tax is paid in the state where the enterprise is located, if the enterprise does not carry out commercial activities through the division. If such activity is carried out, part of the profits received directly from the activities of the representation shall be taxed in the state where the representation is located. Accordingly, the amount of taxes paid abroad company receives a discount in the form of a tax credit. Also important is the norm according to which profits will not be attributable to the representation if the latter makes a simple purchase of goods and services.
The property tax can be paid in both countries if the property is located abroad. Exception is air, sea, rail and road transport used for international transport – taxes are paid only in the state where the governing body is located.
Taxes on personal income (salary and other similar payments), salaries are generally paid in the state where the employee is a resident. If his work is carried out in another state, then it will also be taxed on his income. However, the rule contains an exception. Payments received by an employee abroad will be taxable only in Ukraine, if
– the period of performance does not exceed 183 days in aggregate per year
– payments are made by the enterprise that is a resident of Ukraine
– the permanent representation does not bear the cost of paying salary to employees.
Accounting
With regard to accounting, the representation can be isolated on a separate balance sheet, and be accounted for in the overall balance of the enterprise, because the indicators of representation in any case are included in the annual financial statements of the enterprise.
What is need to do to avoid double taxation?
The answer to this question is the 13 article of the TCU. The taxpayer must obtain from the competent body of another state a certificate of the amount of taxes paid. This certificate is submitted to the territorial administration of the SFS, which keep a record of the enterprise as a tax payer.
Conclusions
Therefore, in order to avoid excessive tax burden and disputes with controlling bodies, the following can be advised to business owners: