Ukraine is becoming more attractive for foreign investment, labor migration and education. However, foreigners often face problems using documents issued by an appropriate authority of a foreign state on the territory of Ukraine. In particular, there is a need to certify the fact that the document has been duly drawn up and signed by an official who has required authority.

The procedure of the validity confirmation of the originals of official documents or the authenticity certification of the signatures of authorized officials, as well as the validity of prints of stamps, seals, which are affixed to the document is called legalization. As practice shows, in three out of five cases, foreigners find out about the need of documents’ legalization after attempting to use this document on the territory of Ukraine. Therefore, in order to avoid such situations, we will analyze in detail the procedure of documents` legalization in this article.

The above procedures are carried out for the same purpose, but differ significantly among themselves. We will analyze the differences between these procedures below.

Nevertheless, there are cases when documents` legalization for their use abroad is not needed at all. It is about the States Parties of the Minsk Convention, which abolished the requirement for documents` legalization in relations between the parties to the treaty. That is why, for the use of official documents of these states on the territory of Ukraine, it is enough to translate them into Ukrainian and to notarize such translation.

States Parties of the Minsk Convention

Documents not subject to legalization:

– documents that contradict the legislation of Ukraine may harm the interests of Ukraine or encroach on the honor and dignity of citizens;

– documents issued with excessive powers of officials or bodies.

The procedure of consular legalization depending on the document`s type:

– In order to legalize the documents on the education of an international standard, it is necessary to submit a letter-request from the higher educational institution that issued the documents. Such a letter-request must be duly certified by the ministry that the relevant educational institution is subordinated to. Afterwards such document is legalized in the Department of Consular Service of the Ministry of Foreign Affairs of Ukraine.

– Archival certificates are directly sent to the Department of Consular Service of the Ministry of Foreign Affairs of Ukraine, which certifies the State Archives Committee of Ukraine official`s signature.

– Commercial documents shall first be certified by the Chamber of Commerce and Industry of Ukraine, and then legalized in the Department of Consular Service of the Ministry of Foreign Affairs of Ukraine.

The last step in legalizing any document is its certification in the diplomatic mission of the country where such a document will be used.

Documents not subject to apostillation:

Documents to be apostilled

The stamp “Apostille” is affixed to official documents issued in Ukraine and intended for use abroad, namely:

– documents of the judicial authorities of Ukraine;

– documents of the prosecutor’s office of Ukraine, bodies of the Ministry of Justice;

– official certificates of registration of a document or fact that existed on a certain date.

The order of apostillation depending on the issuing body:

– diplomas, educational institutions certificates, curricula and other documents issued by schools or other public authorities, enterprises, institutions and organizations related to education and science are apostilled in Ministry of Education and Science of Ukraine.

– All other types of documents are apostilled by The Ministry of Foreign Affairs of Ukraine.

In general, the procedure of consular legalization abroad is conducted according to a similar principle as in Ukraine. However, it is important that in each particular country, and sometimes even in each administrative-territorial unit (province, state, autonomy, etc.), there is a unique system of state bodies that differ in their powers and status. All this, as well as the type of document and the authority that issued it, have a significant impact on where you need to apply for consular legalization. That is, if in one country the document originally is certified by the issuing authority and then by the Ministry of Foreign Affairs, in the other country, consular legalization may initially be carried out by judicial authorities, notary bodies, prefectures, bodies or officials of local governments or the Ministry of Justice with further legalization in the Ministry of Foreign Affairs.

In any case, the final stage of documents` consular legalization abroad for use in Ukraine is their legalization in the diplomatic mission of Ukraine.

The authorized bodies that need to be addressed, the cost and terms of the documents` apostillation varies in each of The Hague Convention States. We provide all the necessary information on the apostillation procedure in each of the States Parties to the Convention below.

Designated Competent Authority: the Consular Department of the Ministry of Foreign Affairs.

Designated Competent Authority: The Registrar of the High Court of Antigua and Barbuda.

Price: By The Argentine Ministry of Foreign Affairs – $39 pesos argentinos.The Colegios de Escribanos (Bodies of Notaries Public) charge a maximum fee of $69 pesos argentinos. This service includes the certification of the signature of the Public Notary.

The Federal Ministry for Europe, Integration and Foreign Affairs with regard to all documents issued by:

Price: The fees at the regional courts (judicial and notarial documents): € 13,70, Fees at the Federal Ministry for Europe, Integration and Foreign Affairs: € 17,50.

Price: The fee differs depending on the number of documents that the applicant is requesting to be apostillised.

Designated Competent Authority:  The National Council of Justice (NRYU) (15 thousand notaries are the competent authorities for the apostille procedure in Brazil.)

The procedure for placing apostille and legalization of documents in China may seem too complicated because Chinese legislation predict as apostille as consular legalization.

This is because the administrative regions of the Republic of China (Hong Kong and Macao) are independent parties to the Hague Convention on Apostil from 1961, the procedure for apostilling documents here applies, and consular legalization operates throughout the rest of the territory.

The Apostille stamp is placed in special organs of the aforementioned administrative districts in China; the procedure foresees placement either on copies of documents or on originals, depending on the conditions laid down by the authorities or institutions in which documents are required to be submitted.

The period of placement of apostille varies according to the document and usually does not exceed thirty days, and for some documents maximum 10 days.

Designated Competent Authority:  The Registrar of the High Court.

Address: These institutions will apostille documents in a decentralized way throughout the Chilean territory, specifically in the respective capitals of the 15 geographical regions of the country. The only exception will be the Ministry of Foreign Affairs which does not have regional offices. For that reason this Ministry shall only apostille documents in its headquarters in Santiago.

Designated Competent Authority:  Municipal courts or the Ministry of Justice and Administration.

Price:  The Ministry of Justice charges for each Apostille 30 kuna. This price is prescribed by Croatian administrative tax Act. The Municipal Courts charge court tax from 50 to 60 Croatian kuna, according to the Act of court tax (the price depends on whether
the text is in the Croatian language – 50 kuna – or translation – 60 Croatian kuna.)

Designated Competent Authority:  The Ministry of Justice and Public Order of the Republic of Cyprus.

It should be noted that this convention does not apply to Greenland and the Faroe Islands.

Designated Competent Authority:  The Permanent Secretary of the Ministry of Foreign Affairs and International Cooperation.

Price: Presently there are no fees for Apostille Stamp.

Designated Competent Authority:  “General Prosecutors at the Courts of Appeal”.

Price: Fees are set on the basis of the value of the certificate. The costs incurred by the applicant are between a minimum of €10 and a maximum of  €130. On average the fees amount to between 10 Euros and 20 Euros.

Designated Competent Authority: Ministry of External Affairs of the Government of India.

Price: The price charged by the Department for the issuance of an Apostille Stamp is €20.  In relation to an Adoption dossier, which could contain up to 300 documents, the Department charges €50 per Adoption pack.

Address: In each case, the address could be found by the link: https://www.giustizia.it/giustizia/it/mg_4.wp?facetNode_1=3_2&selectedNode=3_2_13

Designated Competent Authority:  The Ministry of Foreign Affairs in Tokyo.

Designated Competent Authority:  they are divided into two categories:

Address: to find the nearest one you may use this link (https://www.rechtspraak.nl/Organisatie-en-contact/Organisatie/Rechtbanken/)

(Does not apply to Tokelau)

Price: NZ$32 for an Apostille certificate and $15 for each additional Apostille issued for documents submitted at the same time. Any number of documents issued by the same authority may be included in one Apostille.

Deans of the Notarial Colleges.

The High Courts of Justice and the Ministry of Justice do not charge for the issuance of an Apostille.

The Professional Association of Notaries charges between € 3.50 and € 7.50.

Address: The following link includes a list of the above-mentioned bodies and their address https://www.hcch.net/en/states/authorities/details3/?aid=349

Administrative documents: a) in provinces: Governor, Head Official of the District, Chief Secretary;

Judicial documents: Presidencies of the Judicial Commissions where the high criminal courts exist

However, each state has its own features and the order of apostilization.

Typical mistakes in documents, which are legalized abroad and how to avoid them: 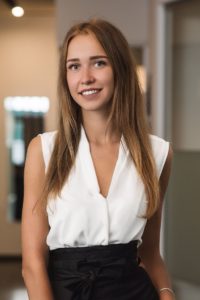 Anna Koshulynska
Associate
Migration Law and Practice
You may like
PERMANENT RESIDENCE PERMIT FOR FOREIGN UKRAINIANS
29/05/2020
Recognition as a refugee or a person in need of subsidiary/temporary protection on the territory of Ukraine
31/03/2020
Invitation letter from a foreigner for obtaining type C visa
27/03/2020
How to get Ukrainian e-Visa in 5 simple steps
27/03/2020
STAYING ABROAD FOR PERMANENT RESIDENCE OF UKRAINIAN CITIZENS
26/03/2020
FORCE MAJEURE DURING QUARANTINE: ADVICE FOR CORPORATE BUSINESS
26/03/2020