Changes in the formation and functioning of the supervisory board: is it really easier to conduct business?

Юридические услуги Blog Uncategorized Changes in the formation and functioning of the supervisory board: is it really easier to conduct business? 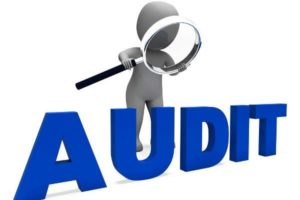 Joint-stock companies (hereinafter – JSCs) and limited liability companies are among the most popular organizational and legal forms for doing business. As of May 1, 2018, there were 14 597 JSCs. The state constantly looks for ways to ensure the proper protection of shareholders rights and increase transparency in the activities of JSC. To resolve this issue, Law Act No. 2210-VIII (“… on facilitating business and attracting investments by securities issuers”) of 16.11.2017 was adopted, which introduced changes to the main acts regulating the activity of JSC, including up to “On Joint Stock Companies” Law Act. So, let’s take a closer look at the points.

Formation of the supervisory board

The new changes define that the formation of a supervisory board (hereinafter – SB) is obligatory in:

But this rule has an exception. The formation of SB is not obligatory if everyone of 10 or more shareholders without exception is affiliated.

Previously, the formation of SB was the responsibility of each JSC, which had 10 or more shareholders, regardless of the type (private or public).

As regards the period of the exercise of the authority of the SB, there were changes also. Traditionally, SB members are elected at a general meeting (hereinafter referred to as “GM”). However, if they were previously elected to the next annual meeting of JSC, now it is determined that the term of office is not more than 3 years.

For PrJSC, the legislator has established an additional opportunity to define in the charter another term of authority of SB, which does not exceed 3 years.

Guarantees were also established regarding the independence of SB. The requirement for a minimum of two independent directors in the SB was supplemented. It was determined that SB should account for 1/3 of the independent directors. And the minimum number of such directors should be equal to 2. From here it is logical to establish that the smallest number of SB members should be equal to 6 persons. Such requirements apply to PJSC, as well as state PJSC. These include:

New requirements for the Independent Director (Independent Member) of the SB became new. For example, it is not subject to the requirements a person who collectively been members of SB for more than 12 years, the previous 5 years were part of the management of the partnership, are shareholders (owners of the control package) or their representatives. Other restrictions are also provided. On the such member of the SB should exercise any influence of other members of the SB.

It should be noted that the restrictions imposed on the position of chairman of SB are also introduced. A member of the SB is not allowed to be chairman if he was the chairman of the collegial executive body of the JSC last year or performed the duties of such an authority alone.

Competence of the supervisory board

In addition, there are cases where SB gives consent to commit a significant transaction.

Committees of the Supervisory Board

As for the composition of the committees, they must consist of a minimum of 3 members. However, there may be another number of internal documents. Meetings are open to other persons, including executive members and experts, but only at the invitation of the committee.

The changes introduced were more specific for the decision-making of the SB on the proposals of its committees. In particular, in the absence of a committee’s proposal on matters that are being prepared for consideration by SB, the latter has no right to make decisions on such matters independently. Thus, the legislator, along with the granting of wider powers of the SB, has set certain restrictions for it.

Also, in order to increase the effectiveness of the SB committees, funding is allocated to them. Due to the funds allocated, SB’s committees are able to involve lawyers, economists and financial experts to provide professional advice.

Simultaneously with the increased powers of the SB committees, the reporting requirements are also increasing. Committees report at least once a year on the work done. The exception is the audit committee, which reports once every six months.

Report of the supervisory board and evaluation of its activity

The report should reflect the assessment of SB activities. Such an assessment should include:

In addition, the report should contain the procedures for the decision-making of SB, as well as the relationship between the council’s activities and changes in the financial and economic state of the company.

Acceptance changes are still more plus or minus?

Already from the very title of the Law Act one could understand the achievement of which goal it was aimed at. By providing much wider powers to the supervisory board, in effect, an effective system of checks and balances was created. Thus, the influence of the majority shareholder has been substantially reduced and, accordingly, the position of minority shareholders has been strengthened, and conditions have been created for attracting investments.

at Attorneys at Law “Bachynskyy and partners”