It should be noted that the requirement to be proficient in the state language is not unusual, since the legislation of most countries of the world has required the confirmation of the state language knowledge for acquiring citizenship. For example, a person wishing to acquire Polish citizenship shall pass the exam and obtain a state language proficiency certificate; to obtain UK citizenship, one shall take a written and oral language exam; in the United States, there is a so-called citizenship test, consisting of a language proficiency test and a country history test; In order to acquire Belgian nationality, a person shall be proficient in one of the three official languages ​​- French, Dutch or German.

Proficiency in Ukrainian for admission to Ukrainian citizenship, may be confirmed by one of the following documents:

– Certificate or extract from the diploma, if the foreigner holds a diploma or other document on graduation from a school with the learning of Ukrainian language.

A person who has a physical disability (blind, deaf, dumb) shall submit a document confirming disability when applying for citizenship.

How to receive a Ukrainian language proficiency certificate?

A foreigner who intends to be admitted to Ukrainian citizenship shall obtain a Ukrainian language proficiency certificate before applying to the State Migration Service.

This certificate can only be obtained in Ukraine. The certificate may be issued by the head of the educational institution where the foreigner has studied, or by the local executive authority or the executive body of local self-government (for example, in Lviv you need to contact the Lviv City Council).

In order to obtain certificate in Lviv, the applicant shall submit an application, which have to include an obligation to be interviewed on the level of Ukrainian language proficiency. During such an interview, a foreigner shall demonstrate language skills, such as reading, speaking Ukrainian, and maintaining a conversation.

The legislator does not make clear requirements for the level of language proficiency, so the applicant-foreigner have to know and/or understand the Ukrainian language sufficiently to communicate.

According to the aforementioned Law, the language condition does not apply to foreigners who:

– have outstanding services to Ukraine;

– perform military service in the Armed Forces of Ukraine and are awarded a state award;

– admission to Ukrainian citizenship of which is of state interest for Ukraine;

– have obtained a temporary residence permit on the basis of their direct participation in the conduct of an anti-terrorist operation in accordance with the Law of Ukraine “On the Legal Status of Foreigners and Stateless Persons” (new legislative provision).

What awaits foreigners in the future?

Only foreigners who perform military service in the Armed Forces of Ukraine and who have been awarded a state award, and persons whose admission to Ukrainian citizenship is of state interest to the country shall be exempted from passing the examination in the Ukrainian language. However, within one year from the date of acquiring the citizenship, the mentioned categories of foreigners shall master the Ukrainian at a level for its understanding.

Moreover, the required level of Ukrainian language proficiency will be determined by a specially created state body – the National Commission on State Language Standards. This means that standards for assessing the level of proficiency in Ukrainian will be clearly defined, which will allow for the unification of language knowledge requirements. Both the Commission itself and the bodies designated by it will be responsible for organizing and conducting the exam, as well as issuing language proficiency certificates. The proficiency test in the state language involves performing oral and written tasks. Unfortunately, today there is no clearly defined procedure for conducting such an exam and obtaining its results.

Furthermore, the provisions on the language examination for acquiring Ukrainian citizenship will entry into force in 2021. 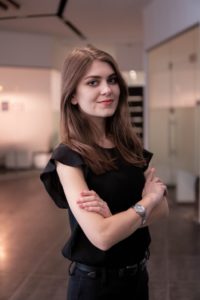