Ukraine has ratified the MLI convention: aggressive tax practices get ready to vanish

What is MLI and why so much noise? It’s no secret that most of the current double tax treaties are in line with the spirit of the free 1980s or 90s, when bank secrecy really existed, and bank accounts opened overnight.

Now they are called imperfect, as companies moving capital easily avoid not only double taxation, but also taxation at all. The result is annual tax losses in the amount of 100 to 240 billion US dollars (according to the OECD).

In order to combat tax base erosion and profit shifting, the OECD has developed a range of measures, including the neutralization of the effects of hybrid tax systems; development of rules for controlled foreign companies; compulsory disclosure; granting of benefits provided by the double tax treaties in inappropriate circumstances prevention.

One of these measures is the creation of a multilateral instrument for amending double taxation treaties. This tool is actually a MLI.

The uniqueness of MLI is that it is an alternative to individual review of conventions in “manual” mode – an insanely long and complicated procedure. The MLI Convention (“Multilateral Convention for the Implementation of Measures Relating to Tax Agreements, in order to counteract the dilution of the tax base and the elimination of taxable profits”) allows international treaties to be changed almost automatically.

In fact, MLI is a “perfect convention” in terms of combating harmful tax practices. The acceding countries may amend all or some of the existing agreements and select the list of articles to be accepted in the proposed by OECD version.

How it works: for example, on June 7, 2017 Israel along with 67 other countries signed the MLI Convention and at the same time published a list of 56 agreements, which seeks to change with the use of MLI. In this list, there are not only countries already joined the convention, but also those that have not yet expressed a position, including the United States. So, even though Israel’s MLI will come into force on January 1, 2019, the agreement between these two countries will not be changed automatically, at least while there is no US consent.

What is Ukraine’s position?

It is precisely for the implementation of Actions 6 and 14 that Ukraine has previously selected the following provisions of the MLI Convention:

At the moment Ukraine has declared an intention to change 77 existing agreements (in particular, with Cyprus, the Czech Republic, the Netherlands, the United Kingdom and the OAU). In order for the terms of the deal to change, the other party must also approve these provisions. You can follow the online process using the matrix: http://www.oecd.org/tax/treaties/mli-matching-database.htm.

For example, we can see how the agreements between Ukraine and Cyprus will change: both countries have jointly opted only for a new version of the “Prevention of Unlawful Application of Agreements” clause.  At the same time, Cyprus has not yet ratified the convention.

The civilized world has long been on the path to struggle with treaty shopping: the conventions are restated in such a way as to protect not from the avoidance of double taxation, but from aggressive tax practices that have become possible due to conventions imperfectness.

The global deoffshorization involves Ukraine also, though these processes are happening with typical delays. First of all, under the threat will be schemes, built on the principle of tax expediency. A real business that uses foreign elements for logistics, proximity to consumers and markets will not undergo significant changes.

It should be understood that the MLI will not change the provisions of the agreements by the magic wand: the MLI provisions will apply to non-resident income from January 1 of the year following the year when the MLI enters into force for both parties to the relevant Convention. Provisions on other taxes – after the expiration of the six-month period from the date of entry into force of the MLI for the last of the countries party to the relevant Convention. For Ukraine, the Convention will come into force on the first day of the month following the expiration of three calendar months, starting from the date of Ukraine’s handover to the OECD: under our estimates, not sooner the summer of 2019.

Business has time to review own tax structure. We recommend to plan in a long-term prospective: take into account not only the changes that have already come to Ukraine, but also those that are on time: the automatic exchange of tax information, the strengthening of requirements for controlled operations and a number of others. If briefly, we need get used to a new reality, in which the tax residence is equivalent to a physical one. 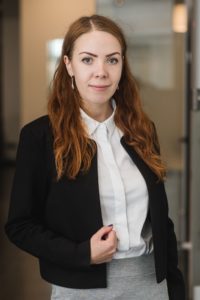 Oksana Dankevych
Senior Associate
IT Law Department
You may like
PERMANENT RESIDENCE PERMIT FOR FOREIGN UKRAINIANS
29/05/2020
Recognition as a refugee or a person in need of subsidiary/temporary protection on the territory of Ukraine
31/03/2020
Invitation letter from a foreigner for obtaining type C visa
27/03/2020
How to get Ukrainian e-Visa in 5 simple steps
27/03/2020
STAYING ABROAD FOR PERMANENT RESIDENCE OF UKRAINIAN CITIZENS
26/03/2020
FORCE MAJEURE DURING QUARANTINE: ADVICE FOR CORPORATE BUSINESS
26/03/2020